Our staff is the backbone to our success. We are committed to a high standard of professional qualifications, integrity, and personality. Whether it is our licensed funeral directors, office personnel, maintenance staff, grief counselors, or our part-time funeral associates, each and every person that works at Becker Funeral Homes takes pride in what they do and they genuinely care about our mission and the families we serve. 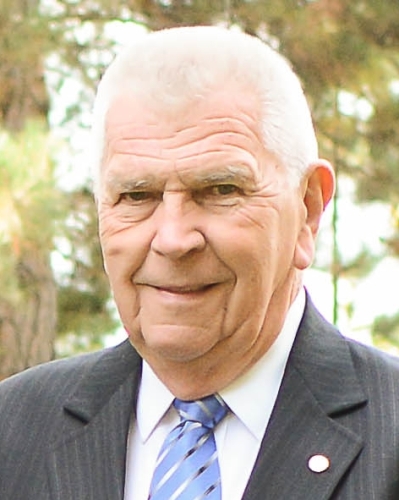 Dan Becker began working in funeral service as a teenager and became full time with his father Hazen in 1961, upon his return from the Army as a Paratrooper Sergeant with the 82nd Airborne Division. He has been a licensed Ohio funeral director and embalmer since 1967. He holds an Ohio Insurance Sales license to sell pre-need funeral insurance.

In 1967, he was the founder of the former Gold Cross Ambulance and Medical Service, which brought paramedic service to the area. He retired from the ambulance service in 1995 with the sale of Gold Cross to the Rural Metro Corporation.

Dan Becker served on the Struthers City Board of Education for twelve years, three of which were as president. He has been a volunteer with the American Heart Association since 1964, serving in most positions locally including chairman of the board. In 1975, he was the representative of the Heart Association sent to Miami to learn to be an instructor-trainer for the then new procedure of CPR and charged with bringing it to and instituting the training in this area. He was a long time board member of the Ohio Affiliate of the American Heart Association serving as chairman during a critical time of reorganization. He has served on many National Heart committees and projects. He continues on the local board, where he is one of three (two living) Life Members.

He is a member of the Struthers Rotary, where he served as a past president and was the recipient of the Paul Harris Fellow. He was Vice President of the board of trustees of the Mahoning County and Youngstown Library, retiring in 2004. He serves on the board of the Better Business Bureau of Youngstown. He was a founding board member of the former Dyslectic Learning Center of the Youngstown Scottish Rite. He was a founding member and the first president of the Struthers School Foundation for Educational Excellence. He is a former member and Assistant Chief of the Volunteer Section of the Struthers Fire Department. He is a former scout master of Troop 16. He is a graduate of Leadership Mahoning Valley.

He is a member of Poland Lodge F & AM #766, the Scottish Rite, Valley of Youngstown, where he was elected a 33rd degree member for his community service. He was also a member of Al Koran Shrine, the Youngstown Shrine Club, Aut Mori Grotto, where he volunteered as the director of the former annual Circus, Jesters Court #14, Poland Masonic Breakfast Club, the Base Community Council of the Youngstown Air Force Reserve Base, the Struthers Athletic Club and the ROMEOs (Retired Old Men Eating Out).

He is a member of the Struthers Parkside Church formerly known as the Struthers Presbyterian Church, where he has served as a deacon, elder and chairman of the congregation.

Dan Becker was married to the former Margaret (Margy) Trucksis for almost 54 years before her death in July 2009. They have five children, Kim Horyn of Nantucket, Mass., Kandace Becker-Hagendorn of Poland, Kelly Becker of Poland, Kate Becker of Washington, DC and Daniel H. D. Becker of Cleveland. They have nine grandchildren. 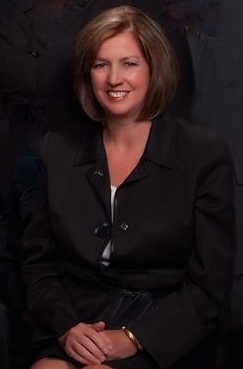 Becoming President of Becker Funeral Homes in 1999, Kelly has been with the firm since 1986. From 1979 to 1986, she was Assistant Director of Communications with the former Gold Cross Ambulance.Kelly is a Licensed Ohio Embalmer and Funeral Director, and holds an Ohio license for pre-need funeral insurance sales. She is a graduate of Struthers City Schools, Youngstown State University with an Associate Degree in Business, and the Pittsburgh Institute of Mortuary Science.In 1996 and 1997, Kelly served as president of the Mahoning, Trumbull, and Columbiana Funeral Directors Association. She is a member of the Ohio and National Funeral Directors Associations, and the Selected Independent Funeral Homes.In 2003, Kelly completed the curriculum of continuing education to be awarded the Certified Funeral Service Practitioner designation, CFSP.Kelly is currently serving on the Board of Directors of the Mahoning Valley American Red Cross, CASTLO Community Improvement Corp, Hospice of the Valley, and the Poland Historical Society. She is an active member of the Struthers Rotary Club, where she served as past president and is a Paul Harris Fellow. Kelly was a member and past secretary for the former Struthers Business Association and is a member of the Lowellville Business Association and the Poland Village Business Association. She is a former member of the Youngstown Symphony Guild and Poland PTA. Kelly is an Alumni of LEADERSHIP Mahoning Valley 2000. Kelly is a member and elder of the former Struthers Presbyterian Church now known as Struthers Parkside Church. She resides in Poland with her two sons, Robert and Fritz Rumberg. 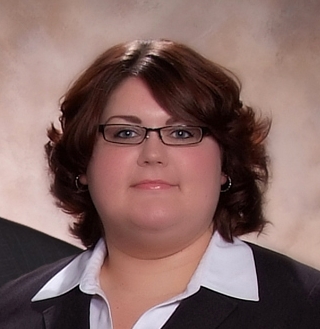 Shelby McDanel was born and raised in New Castle, Pennsylvania. She was a 2002 graduate of Shenango High School. After graduation, she attended Youngstown State University for two years to receive her general requirements before entering mortuary school. In 2004, Shelby moved to Cincinnati and enrolled in the Cincinnati College of Mortuary Science. She graduated in December of 2006, earning her bachelor’s degree summa cum laude. She was the recipient of the Dr. George M. Sleichter Award, which is the class salutatorian award, and the Ohio Crematory Operators Association Award. Shelby also was Secretary/Treasurer of her class and a member of the Delta Gamma Pi Professional Sorority. After receiving her bachelor’s degree, Shelby served her one-year apprenticeship at Becker Funeral Homes and now is employed as an Ohio licensed funeral director and embalmer with the funeral home. She also holds an Ohio Insurance Sales License to sell pre-need funeral insurance.

She makes her home in Struthers. 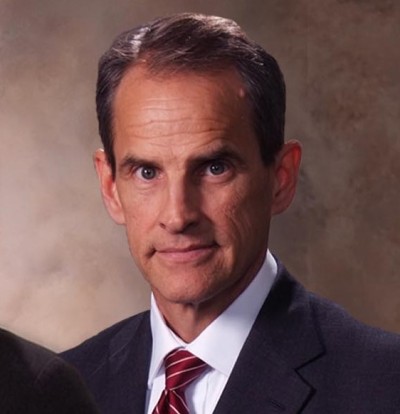 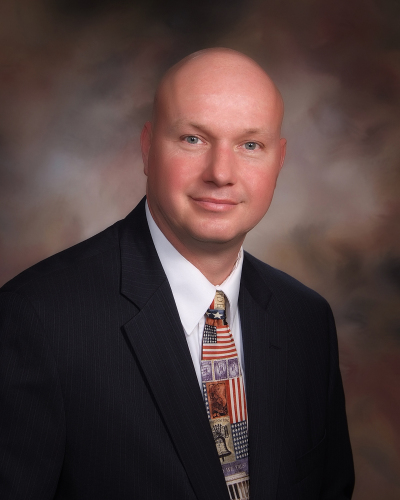 A life-long resident of Youngstown, Ed graduated from Cardinal Mooney High School in 1982 and went on to further his education at Youngstown State University. It was during his college years that Ed began maintaining the lawn of Thompson Funeral Home in Boardman. Ed’s position naturally developed into all aspects of funeral service and Ed found his calling.  After graduating from YSU, Ed went on to receive his degree in Mortuary Science from Pittsburgh Institute of Mortuary Science (PIMS), class 100 in 1990. He served his apprenticeship under the direction of his mentor, Mr. Clifford Thompson and became a licensed funeral director/embalmer in the State of Ohio in 1991. Ed remained with Thompson Funeral Home as manager until 2018 when he joined the staff at the Becker Funeral Homes, under the direction of Dan Becker and Kelly Becker.

Ed is a member of the Youngstown Lions Club. Awarded Boy Scouts highest achievement, Eagle Scout, Ed continues to volunteer his time serving as an adult leader with the Great Trail Council of Boy Scouts of America in Whispering Pines District.

Ed resides in Boardman with his wife, Lori, and three sons, Travis, Alex and Mark. 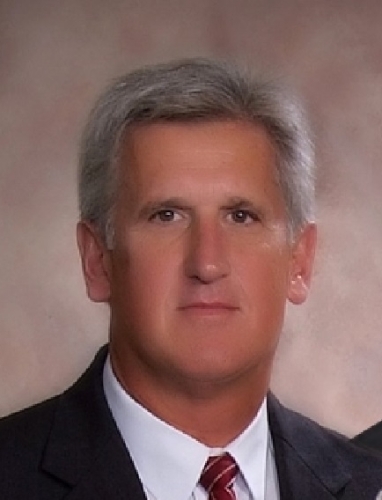 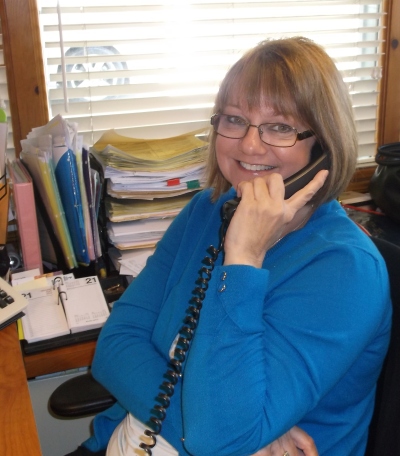 Paty was born in Ohio and raised in Kansas.  Being the daughter of a college football coach, she lived in several states before returning to Ohio and the Youngstown area in 1991.  She graduated from Wichita Southeast High School and received her B.S. in Business Administration from Emporia State University in Emporia, KS.  She worked in banking and the auto industry before joining the funeral home as the bookkeeper in 2000.  Paty has three children and lives in New Middletown with her twins, Drew and Devon, who attend Springfield Local High School.  Her daughter, Courtney, lives in Pittsburgh. 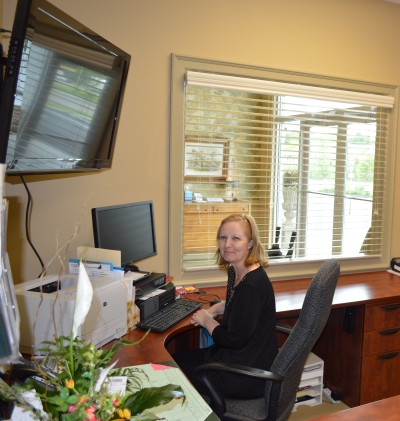 Brenda gained over seventeen years of corporate and office management experiences in the funeral industry. These experiences include her time as the office manager and assistant to the funeral director at Wasko Funeral Home, Herron Funeral Home and Mortuary Associates, a funeral trade service. Herron Funeral Home and Mortuary Associates were both owned and operated by her loving husband of 27 years, the late Todd Herron. Shortly following the conclusion of Todd’s courageous year and a half battle with glioblastoma brain cancer, Brenda joined the Becker Funeral Homes in May of 2013. Her office is located at the Davis-Becker Funeral Home in Boardman.

Brenda is the proud mother of two sons, Steven (Crystal) and Samuel, and three grandsons, Anthony, Gannon and Abram. 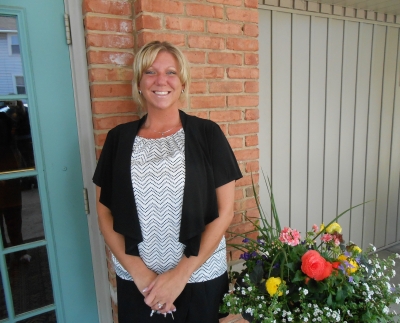 Jolene Schiedel was raised in Struthers, where she currently resides with her husband Matthew and two children Kylie and Braydan. After graduating from Struthers High School in 1999, Jolene earned a Bachelor of Arts degree with a major in Social Work from Youngstown State University. She completed a six month internship at Assumption Village Nursing Home, and also has been active in the Struthers School System as a substitute teacher and cheerleading coach. Outside of work, Jolene has participated in multiple charitable events, which includes the Relay for Life.  Jolene joined the Becker Funeral Home Staff in 2014. Her primary responsibility is counseling children through young adults. She also works closely with students in the Struthers and Lowellville School Systems. Jolene assists in coordinating the Annual Celebration of Remembrance Program that is held prior to the Holiday Season and along with Mary Morrone, conducts the Annual Holiday Help Program, which offers tips to families dealing with a loss of a loved one during the Holidays.