She grew up on a small farm and had a great love for animals. She also loved spending time with her grandmother and considered her a best friend. After graduating from high school, she went to Bible school in Omaha, Nebraska and felt called to become a missionary nurse. She then started a nursing program at the Methodist Hospital and became a registered nurse in 1962. She met her husband, Philip Gibbs Young at the Children's Hospital emergency room where they both were working. They discovered a mutual love for missions and each other. They were married on June 8, 1965.

She moved to Denver, Colorado while her husband was in surgery residency at St. Luke's Hospital. They were commissioned for the mission field by the organization ABWE and went to the Philippines in 1972. While there, they started a small hospital on the island of Palawan. After this, health reasons kept her in the United States and she worked as a nurse in Colorado for many years. In 2004, Ruth and Phil were able to go to Thailand as missionaries working with the tribal people that Phil had grown up with until came back to the United States in March of 2020.

Ruth leaves her husband of 57 years, Philip G. Young; her son, Marcus Young; and daughter, Julie Ethridge. She also leaves a brother, Dan Units; a sister, Barbara Units Couch; thirteen grandchildren; one great-grandchild and another on the way.

Her oldest child, Grace Slaughenhaupt, went to heaven in October 2021.

Ruth had a love for music and liked to write her own songs. She was a wonderfully faithful prayer warrior for all of her friends and family whom she loved, but most of all, she loved God and served him faithfully.

Condolences may be sent at www.beckerobits.com. 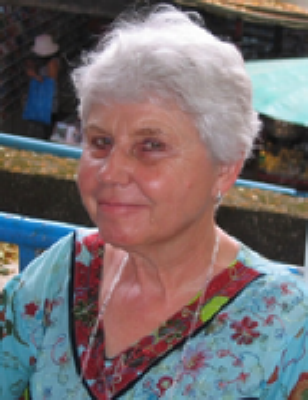