Share a memory
Obituary & Services
Tribute Wall
Read more about the life story of Kenneth K. and share your memory.

Dad crossed the finish line in the early morning of January 15th, 2023 listening to what he loved most, “hillbilly” music. How fitting, the last song he was to hear “I’m Going to Live Forever," sung by the Highwaymen; a song of eternal life.

Dad was raised on Youngstown’s Eastside by his parents, John and Lola Kopp. He graduated from Scienceville High School and began a career with New York Central Railroad. Then the war broke out, and like all young men that loved our country, he enlisted in the armed forces. He joined the United States Navy and with pride for his country, served upon the USS Battleship Missouri. He was onboard in Tokyo Bay, and along with him, the world would celebrate the Japanese surrender. If you ever saw dad out and about he was never without his USS Missouri hat atop his head.

Dad then returned to the railroad, and while attending church one Sunday, met his “Alice." She would end up being his wife of 67 years. They settled in Struthers where it became “home” to them for the remainder of their lives. That union blessed them with five children, Kerry of Florida, Johnny (Betsy) of Struthers, Susan (Sam) Ferreri of Poland, Kenny (Julie) of Struthers, and Christa (Paul) of Colorado. The family continued to grow as the grandkids came along, John, Deanna, Jennifer, Daniel, Brittany, Jessica, Kristina, Philly, Kenny, Thomas, and Jonathan. It grew more with the great-grandkids, Megan, Ryan, William, Josh, Brandon, Tyler, Logan, Jordan, Brayden, Daniel, Stella, Rubi, Dahlia, and Scout. Then if you live long enough to be a centurion (dad’s life goal of celebrating his 100th birthday), you are blessed with a “double great,” named Brady. What a legacy dad has left and we will all honor him the remainder of our days by sharing stories of him.

Dad was a member of the Poland Masonic Lodge, Grotto of North America, United Transportation Union, and he worshipped as an active member of Christ Lutheran Church in Struthers.

Dad was simple. He loved meat and potatoes, jelly bread, and Jell-O with bananas. He loved watching the Cleveland Indians, scratch-off tickets, and the yearly family trips to the Outer Banks. What he loved and missed the most the past seven years was his Alice. When dad traded this life for eternal life, we are sure his beloved was waiting to greet him with her beautiful smile, the same smile that caught his eye that day in church when he was just 25 years old. The smile he held in his heart for 75 years.

Friends may call from 5:00 p.m. to *:00 p.m. Friday, January 20, 2023, at the Cunningham-Becker Funeral Home in Poland. A funeral service will be held Saturday morning at 11:00 a.m. at the funeral home with Pastor Reid Lamport officiating. Interment will follow at Forest Lawn Memorial Park in Boardman.

Condolences may be sent at www.beckerobits. 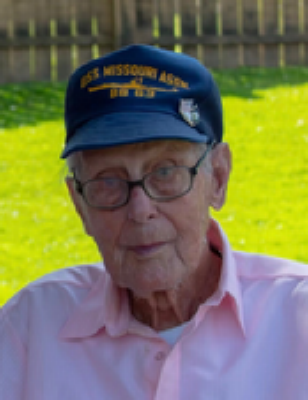