Share a memory
Obituary & Services
Tribute Wall
Read more about the life story of John and share your memory.

Poland - John Santillo, 91, passed away peacefully in his sleep on Wednesday morning, January 18, 2023.

Mr. Santillo was born April 9, 1931 in Youngstown, Ohio, a son of Cosmo and Louise DeRose Santillo.

Raised in Youngstown, John was a graduate of East High School, Class of 1950. A member and Captain of the football team, John lettered Varsity all four years in football, even as a Freshman.  John was also a Letterman in basketball, and golf.  He received a full scholarship in both football and basketball to Mississippi State University. In college, he lettered all four years in football and graduated with a Bachelor's Degree in Education in 1954.

A proud member of R.O.T.C., John served his country as First Lieutenant of the United States Army. He served stateside, and was honorably discharged in 1956.

He returned to the Youngstown area and began his career in education as a teacher for Western Reserve School in Ellsworth. In 1957, he taught and coached football at Lowellville Schools for seven years and led the Rockets to four straight undefeated seasons. In 1964, he was named Class A Ohio Football Coach of the Year. In 1965, he taught and coached football for Struthers City Schools. John was assistant coach to head coach, Bob Cummings, and they led the Wildcats to two straight undefeated seasons. In 1969, John served as head coach to the Wildcats.

In addition to his parents and wife, John was preceded in death by two sisters, Donna and Julie; and seven brothers, Marty, Louis, Dom, Dominic, Joseph, Cosmo, and Paul.

Friends will be received Monday, January 23rd from 11:00 a.m. until 12:45 p.m. at the Cunningham-Becker Funeral Home, Poland. A funeral service will follow Monday, at 1:00 p.m. at the funeral home with Pastor Duane Bull officiating. Interment will follow in the Holy Rosary Cemetery, Lowellville, Ohio.

John's family would like to express their sincere gratitude for the residents and staff at Sunrise now known as Wickshire Senior Living in Poland. 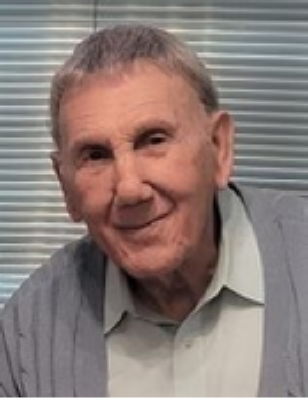